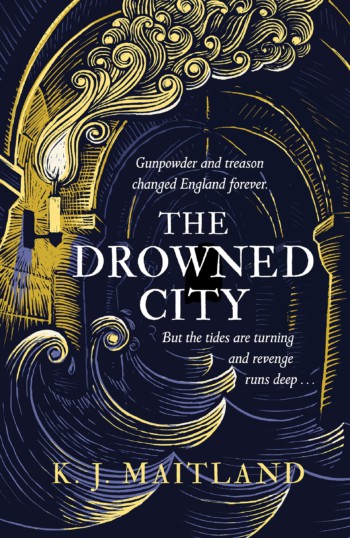 1606. A year to the day that men were executed for conspiring to blow up Parliament, a towering wave devastates the Bristol Channel. Some proclaim God’s vengeance. Others seek to take advantage.

In London, Daniel Pursglove lies in prison waiting to die. But Charles FitzAlan, close adviser to King James I, has a job in mind that will free a man of Daniel’s skill from the horrors of Newgate. If he succeeds.

For Bristol is a hotbed of Catholic spies, and where better for the lone conspirator who evaded arrest, one Spero Pettingar, to gather allies than in the chaos of a drowned city? Daniel journeys there to investigate FitzAlan’s lead, but soon finds himself at the heart of a dark Jesuit conspiracy – and in pursuit of a killer.