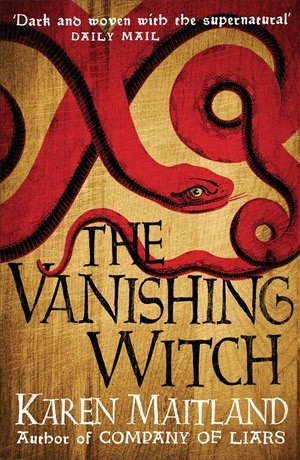 The Vanishing Witch by Karen Maitland, author of the hugely popular Company of Liars will thrill fans of CJ Sansom and Kate Mosse with its chilling recreation of the Peasants’ Revolt. It offers an intelligent, beautifully researched glimpse of a more deadly, superstitious era …

The reign of Richard II is troubled, the poor are about to become poorer still and landowners are lining their pockets. It’s a case of every man for himself, whatever his status or wealth. But in a world where nothing can be taken at face value, who can you trust?

The dour wool merchant?
His impulsive son?
The stepdaughter with the hypnotic eyes?
Or the raven-haired widow clutching her necklace of bloodstones?

And when people start dying unnatural deaths and the peasants decide it’s time to fight back, it’s all too easy to spy witchcraft at every turn.

Download a PDF of the Reading Guide for The Vanishing Witch

“Maitland creates a wonderfully gothic atmosphere… Karen Maitland is renowned for her painstakingly researched medieval novels and this story set against the Peasants Revolt in 1381, continues in that vein.”

“This is glorious stuff, intriguing and thrilling on every page with a mass of historical detail, drama and colour. A great story well told”