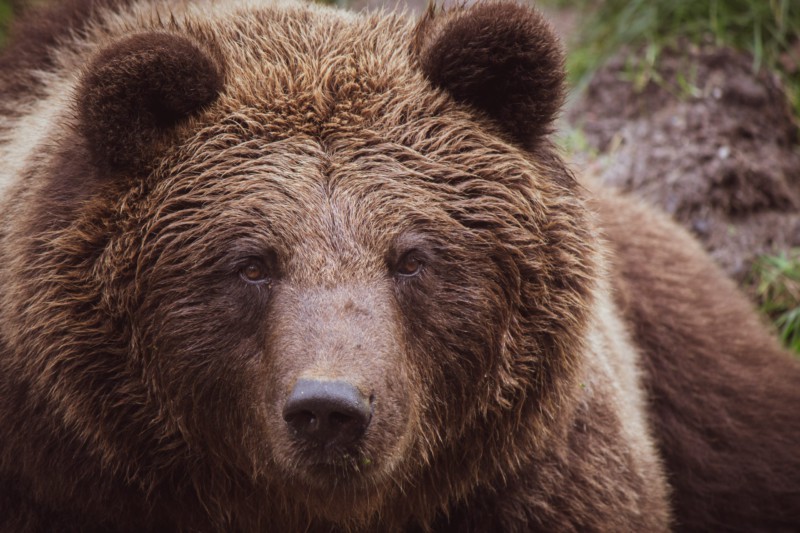 People believed that bears gave birth to a shapeless lump of flesh and spent the first few months licking it into the form of a cub, which gives rise to the saying ‘licking into shape.’ They also believed a child who rode on the back of a bear would never get whooping cough. But if a person kills a bear its ghost will continue to haunt that spot and terrorise all who see it.

Bears which disappear underground to hibernate, emerging in spring was a symbol of resurrection among many pagan tribes and are linked to the moon, which also undergoes a resurrection each month.

The Celtic moon goddess, Berne, was symbolised by the bear. In Norse mythology the bears Atli and Atla represent male and female natures. In Christian belief, the bear often represented evil, cruelty, greed and even the devil himself. However, since bear cubs were believed to be born formless and were ‘licked into shape’ by their mothers, sometimes it was used as a sign of conversion from pagan to Christian.

In The Owl Killers Beatrice recalls the belief that butterflies were the souls of unbaptised children condemned to wander the earth. One legend from the time recounts that a man fell asleep in a meadow one day and as he dreamed his soul left his body in the form of a butterfly and flew round the earth, but just as it was it about to re-enter the man’s mouth, a boy killed it. The man’s body lived on for many years, but as an empty shell, for he carried the crushed remains of his soul in his left hand and the shadow of his heart in his right.

During the Middle Ages, it was believed that a hive or skep of bees was ruled by a male or king bee, not by a female queen. The order and hierarchy of the hive was thought to reflect the structure of both Church and State. Clergy instructed their congregations to look to the bees as exemplary models of how kingdoms and manors should be run. It was not until 1586 that it was discovered that the king bee was actually female.